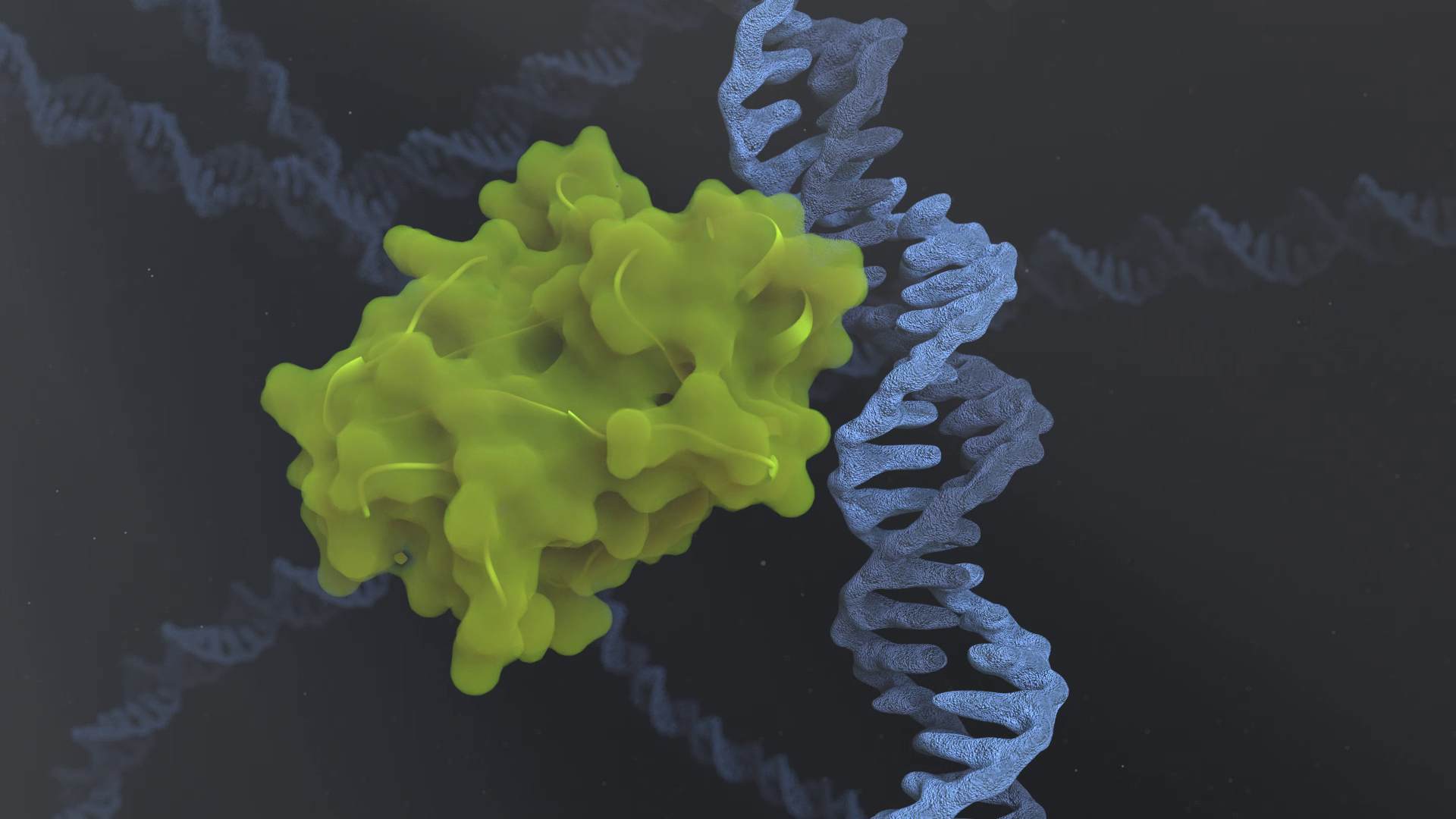 On January 15th 2020 we released an animation depicting how the transcription factor P53 binds to DNA and changes conformation in that process.

Such conformational changes are an important aspect of protein function and are displayed in the video as a dynamic computer-generated morph between two distinct structural states, which were determined experimentally.

P53 was first described as a transcription factor in the early 90’s. It is an important tumor suppressor, referred to as “guardian of the genome” because it can react to DNA damage by holding the cell cycle progression and giving time for DNA repair proteins to act. It is implicated in ageing and has the potential to induce apoptosis in cells that cannot fix DNA damage.

We hope you had the chance to see it! If not, here the link.

Any cookies that may not be particularly necessary for the website to function and is used specifically to collect user personal data via analytics, ads, other embedded contents are termed as non-necessary cookies. It is mandatory to procure user consent prior to running these cookies on your website.